There was a batrep that had a lot of views that pitted Jathkin’s ‘Nids vs. Purifier based Grey Knights and it had the Nids victorious, so he has had experience with Grey Knight. For some reason I have been playing a lot of 'Nids lately myself.
Mission: Seek Vengance
Slaughter style Kill Points=Units are worth SSKPs equal to their cost/100 (round all fractions down for Troops choices, and up for non-Troops). with only 4 selections counting. So if you have a lot of cheap units, you will only give up a few points, and if you have very expensive units you will give up a ton of points.

Deployment: Table Quarters
Setup
I win the dice roll to go first!
He has outflanking genestealers so I set up in my standard anti-outflanking defense and start over 18" in from the sides. 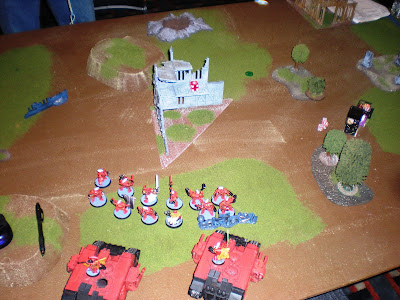 He starts his whole army in reserve. I guess he does not want me to kill all of his good stuff.
Turn #1
Grey Knight Turn #1
I wait for something to happen. 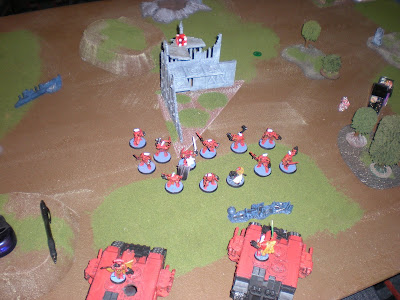 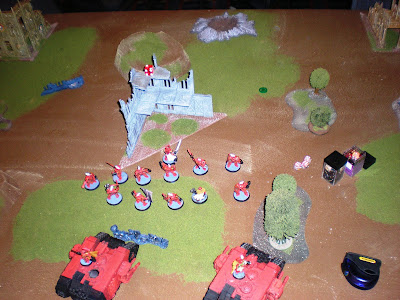 Tyranid Turn #2
He gets in most of his army. He outflanks to the right. His Ymgarls are right in front of me. 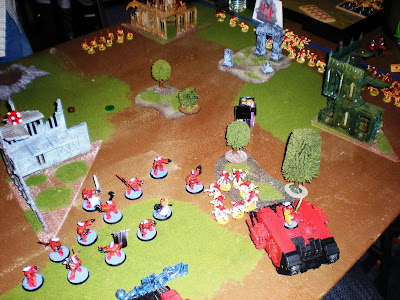 Here is after the assault! I take down the Ymgarls and head out for the center of 'Nid central. 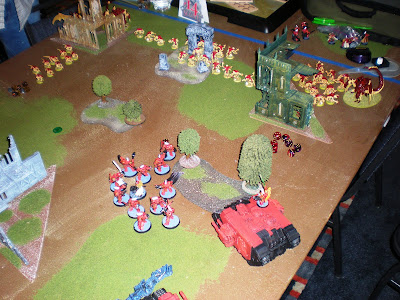 Turn #3
Grey Knight Turn #3
Well, since the units that count for kill points made an appearance I get out and unload on them. I shoot at his Genestealers but a cover save plus feel no pain means that nothing is getting dead in a hurry. 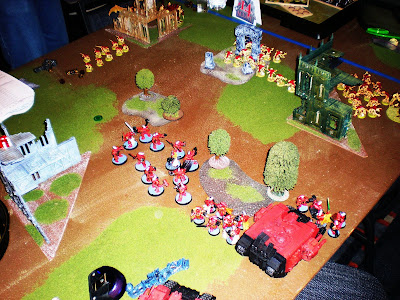 Tyranid Turn #3
He gets in all of his units and starts to surround me. 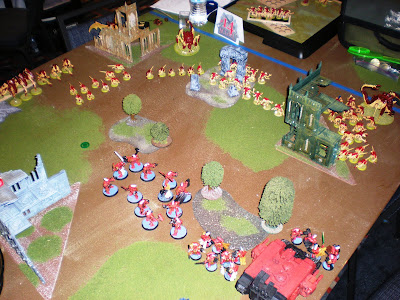 Turn #4
Grey Knight Turn #4
I move forward. Draigo separates out of the Paladin Squad. He does not count for kill points and so his loss will not count against me. My strike squad charges some termigants and kills them, and I fall back closer to my purifiers so if the Genestealers assault me they will be counter-charged. 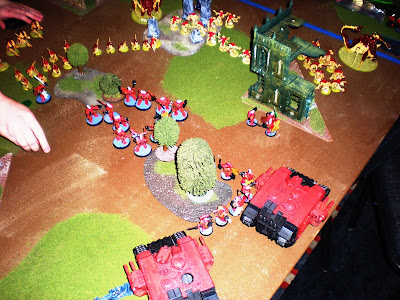 Tyranid Turn #4
He surrounds Draigo and shoots to get him down to 2 wounds. 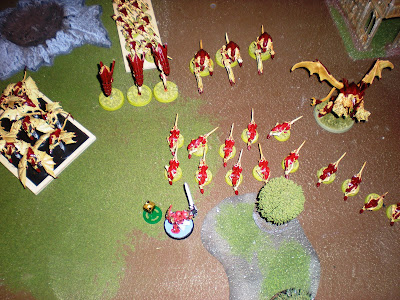 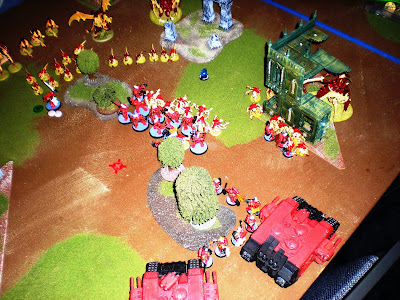 He ends up doing 5 wounds to my Librarian where I quickly fail 2 saves (with a 2+ Invulnerable save at that!!!) and he dies giving him 3 KPs. In return I wipe them except for one Genestealer that is locking me into combat.   He assaults my Strike Squad and wipes them out. 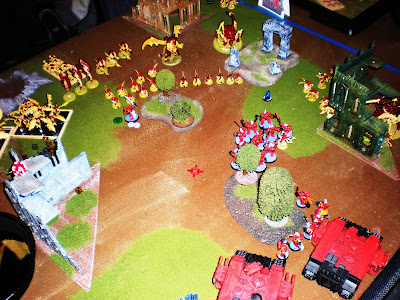 Turn #5
Grey Knight Turn #5
I assault his second genestealer squad  with my Purifiers. Lets see, 4 halbreds, 12 attacks, 6 hits 3 dead genestealers. Instead I kill one, and he rolls great and I lost 5 purifiers. On the other front 10 paladins kill one genestealer. Now lets me tell you a funny story. Jathkin asked me if I have any template or blast markers in my army and of course I said no. I only have psycannons/lascannons and heavy bolters/storm bolters. Well, I remember at just the wrong time that Draigo has a flamer and I unleash it on the Gargoyles and take them down. It was kind of a jerk move by me since I told him that I did not have any but I forgot about those 2 psychic powers. In my defense this was the first time that I used Draigo and Paladins and to illustrate this I never used Holocaust at all during the tournament. Well Draigo flames them and charges in! He ends up killing a lot, but there are still a handful left. 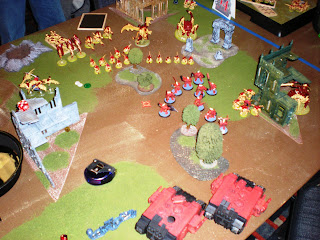 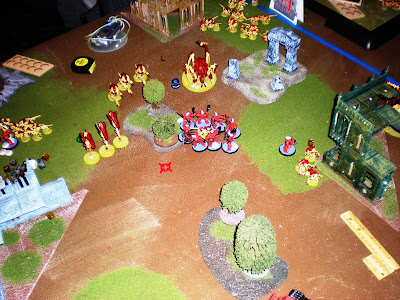 End of Game
Well lets count up the kill points:
Janthkin: Libraian for 3 KP
Blackmoor: Large Genestealer squad for 3 KP
Well we ended up in a tie. I should have just ran the Paladins forward and we would have had a giant fight with 10 Paladins against 32 Genestealers in a winner-take-all brawl. I came close to getting some other KPs. The land raiders shot up the Hive Tyrant and did 2 wounds. For some reason I was shooting at the Tervigon for most of the game and I should have concentrated on just killing the units that gave KPs. The mission format made it so that only 4 units counted and everything else was just cannon fodder that you can throw away.
Posted by Blackmoor at 3:14 PM