The Nuances of 40k: How small mistakes cost you games. 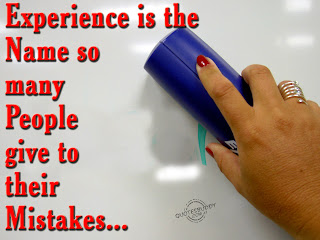 In this series I am going to post games that I played in where I made mistakes and where they cost me the game. Most of these mistakes are going to be very small, but they will have a large impact on the overall result. These articles will focus on the errors, and will show that it impact it had. Lucky for me I have written up a lot of battle reports in the past, so I have a lot of mistakes that I have made to use for illustrations.
Mistakes in 40k
Everyone makes mistakes; it is just part of the game. If you are playing against a player that is not very good, they might not be able to capitalize on it, or even realize you made one. The problem comes when you are playing a top player on the top tables and it is often the person who makes a mistake is the one who will lose.
What about the Dice?
I hear a lot of talk about how 40k is a game of dice, and that is what decides who wins the games. In my experience, it is the decisions and mistake that you make in the game are what decides it. Don’t get me wrong, there are games where dice can lose you a game. There are a surprising number of games where I can’t roll over a 4 on the vehicle damage table and can’t kill a vehicle. You saw a little of that in my game with Neil Gilstrap when I shot my whole army at a couple of razorbacks for a couple of turns and I was unable to kill them in the 6th game of the Nova Open.
Isn’t it about matchups?
To a degree yes it is, and there are bad matchups in certain missions. For example; play against a deathstar army in KPs, or a MSU army in objectives and you are going to be at a disadvantage. Also certain armies match-up to other armies better than others. As someone who makes their own army, it is your role to build a list that does not have disadvantages, or at least minimizes them. If your army has a lot of bad matchups or does not perform well in certain missions, it is because your list is poor, and you need to improve it.
So let’s get on to the examples!
The nuances of 40K Part 1: Know when to hold them, and know when to fold them!
This is a game from back in 2009. This was at the Adepticon Invitational Tournament. This was a tournament where they invited the top 10% of finishers of Games Workshops GTs to a side tournament that ran concurrently to Adepticon’s regular tournament. So with only the cream of the crop, you ended up playing in a field of some very good players.
The Preamble
In round #1 of the tournament I was playing against Paul Murphy. Paul is one of the best players in the country and he made it into the top 16 at Adepticon’s Championships last year (He is also ranked #1 in the US in Rankings HQ right now). He was playing Nob Biker Orks back when they had no easy counters, and Ork armies were dominating the tournament scene.
His units at play:
Warboss: Power Klaw, Slugga Kombi-weapon, Attack Squig, Bosspole, Cybork Body, Warbike
Warbike Nobz: Big Choppa x2, Choppa X5, Power Klaw x2, Slugga x2, Shoota/Rokkit Kombi-weapon x1, Shoota/Skorcha Kombi-weapon x1, TL Shoota x1, Ammo Runt x1, Bosspole x1, Cybork body x1, Waaagh banner x1
Painboy: ‘Urty Syringe, Dok’s tools, Grot orderly, Warbike
I was playing Tzeentch themed Chaos Space Marines. The units that will come into play are:
Chaos Sorcerer: Bolt of Change, Disc of Tzeentch, Personal Icon, Warptime, Mark of Tzeentch.

Demon Prince: Wings, Mark of Tzeentch, Warptime, Winds of Chaos.
7 Thousand Sons Marines
Aspiring Sorcerer: Melta Bombs, Warptime
The Set up
He did what all Nob Bikers armies do and Turbo-busted up to be right in front of me.
The decision!
So I had to make a choice:
#1. Try to fall back and by some time.
Upside: More rounds of shooting to soften him up
Downside: Nob Bikers have a huge threat range and I might not be able to flee far enough.
#2. Charge with my HQs
Upside: My HQs have a 4+ inv save, and they can blast them with Warptime+Winds of Chaos to soften them up before charging.
Downside: My HQs have to survive so they can win combat, if not I am screwed.
#3. Assault with HQs and Thousand Sons squad (That is all that can reach because the HQs have flight, and the TS Squad is coming out of a Land Raider)
Upside: More bodies for more attacks, and I get to hit them before they hit me.
Downside: Combat resolution. Because he is not fearless if I can do more wounds to him than he does to me I might get them to break and I can then run them down. If I throw in the TS squad he gets to kill a lot of them and I might lose combat. Also I am gambling everything on this move
So what do you choose?
In the game I chose option #2. I hoped after shooting everything I had into them I could do some damage, but I did not realize how resilient Nob Bikers are. What I was worried about was getting hit with a huge combat resolution and thus taking massive no-retreat wounds. So I left the Thousand Sons out of the combat and I was hoping at least one of my HQs would survive and by me some time.
The correct option was #3. The reason why is that when I charged the Bikers they got to pile in to my HQs giving them a lot of attacks to dish out. If I would have charged them with the Thousand Sons yes I would have lost some, but with their 3+/4+ save they could weather some attacks. But where the big error was that it would have held the Nob Bikers in place so they could not pile-in to the HQs and so it would be a 1-on-1 fight with them so they would have had a much higher survivability and not only would that have bought me some time, and perhaps a couple of turns of swinging and doing casualties.
How it might have played out is that he would have counter-charged me with his other squad of Nob Bikers and I get to swing  swing first hopfulling killing some before I get wiped out, and then I would have counter attacked with my Terminators. This might have slowed him down a bit and I do not know if I could have won that
Another option that I had was to pile out of the land raider and create a line in front of the Bikers with my Thousand Sons squad so if they wanted to assault my main force they would have to drive around them to get to me and perhaps be out of range, or they would just assault them and wipe them out, so I think that would have only bought me a turn and I would have lost that unit.
Also knowing now what I know about them, I should have tank-shocked them with my Land Raider to see if I can get them to break.
Here is the full battle report.
I would also like to say that my armies always have trouble with Nob Bikers. My Eldar struggled against them, and so did my Chaos. I sure could have used a lash! For the first time I beat them at Wargames Con with my Grey Knights, and even then it was a close battle. We ended up in a giant scrum and he was killing Paladins like crazy with his Klaws, but I was dropping orks to get them to run. After several turns I got them to break and I only had a few models left.
Posted by Blackmoor at 8:04 AM