Mission:
Primary: Table Quarters
Secondary: Kill Points
Tertiary: Objectives
Deployment: Spearhead
He sets up and I start in reserve. Hmmm, maybe I start in reserve more that I thought I do.
Turn #1
Space Marine Turn #1
Not much for him to do. 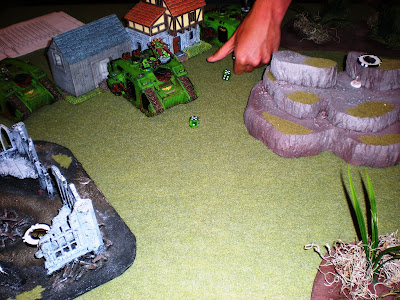 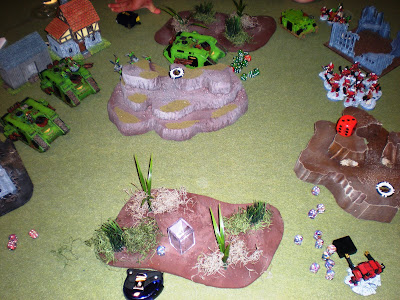 Grey Knights Turn #3
I shoot and my strike squad kills his rhino. 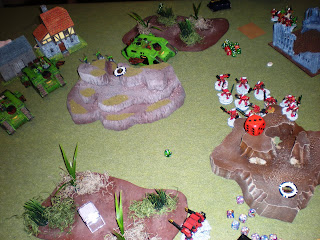 Turn #4
Space Marine Turn #4
He turns and shoots at my Paladins. Draigo takes the shots like a boss! 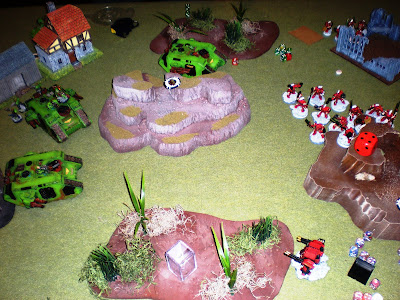 Grey Knight Turn #4
I move forward and keep shooting.
Turn #5
Space Marine Turn #5
He tries to run both Land Raiders forward and one on the left gets immobilized when he pivots and then tried to drive forward. He does not get out to assault me though. 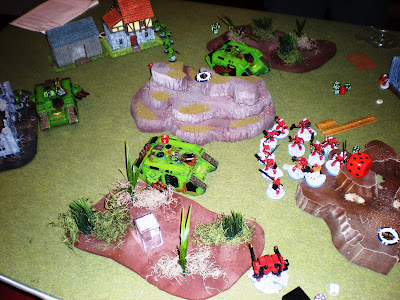 Grey Knight Turn #5
I assault the Land Raider and take it out with Might of Titan. 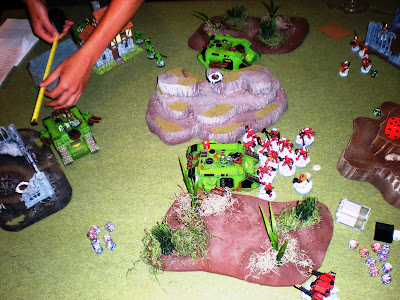 So we end up tied for table quarters and I end up winning KPs.
Posted by Blackmoor at 8:52 PM