We all know where I finished at the Nova Open, and this is were I started. As they say in these things, you have to get a little lucky, and I ended up with a new player named George from Columbus Georgia. The first round pairing can be crap shoot and you can get anything to one of the best players there, to a new players, and George and his wife were great people and I enjoyed meeting him.

I am going to go quickly through this batrep so we can get on to some of the other games, but I am adding it for the sake of completeness.

Here is his army: 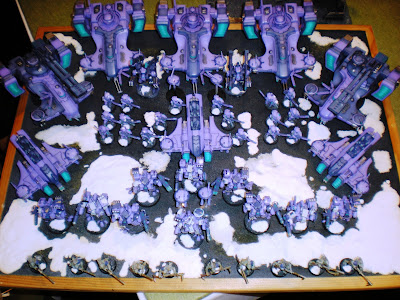 Standard Tau fare. He said that he pained his army in only a few days using an air brush and it looked nice. Most people do not know this but most of my armies are purple, so I have an affinity for armies painted it.

The mission is objectives

I make my Interceptors outflank. Tau tend to castle up in a corner, and that is a way to dig them out.

Here is how the game went: I pushed forward and killed everything is sight.

Turn #1
He pops some shots at me, and I knock a gun off of one of his railheads. 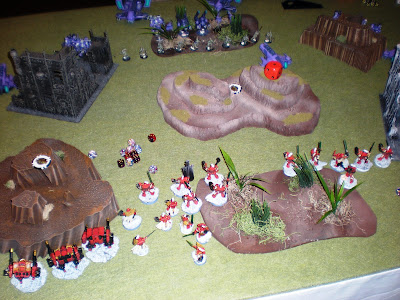 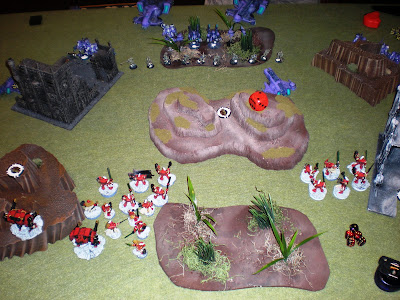 He reserved his Devilfish and his Fire Warriors and they came on the upper right. 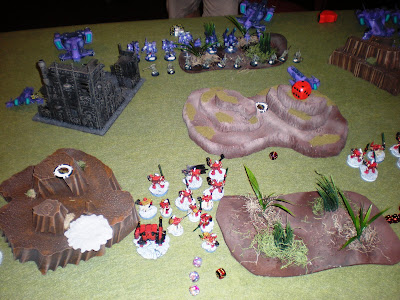 Soon to be followed by my Interceptor squad which is putting a hurting on them. 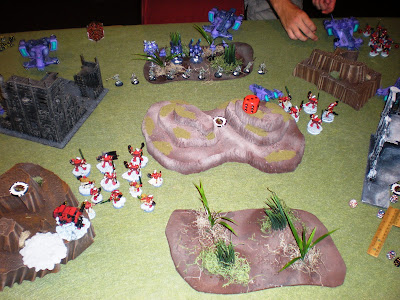 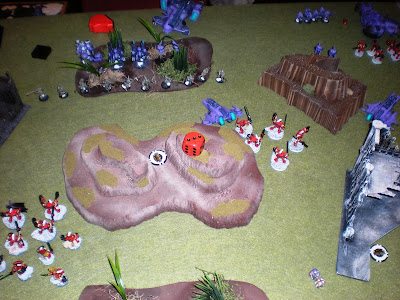 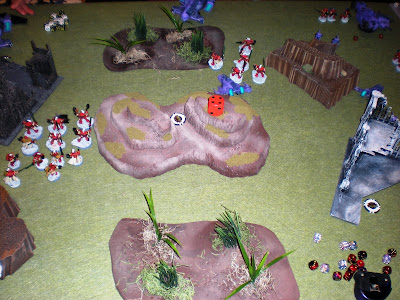 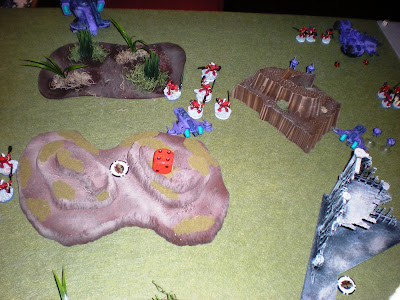 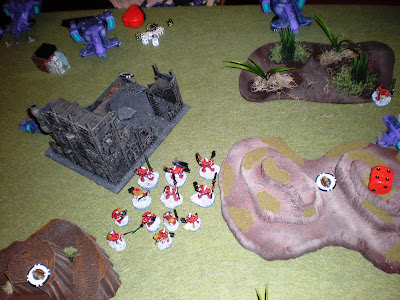 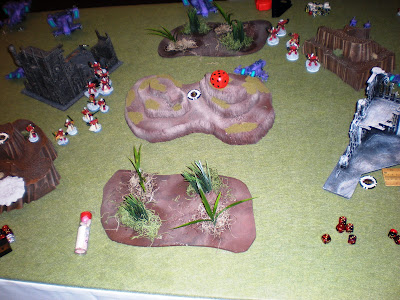 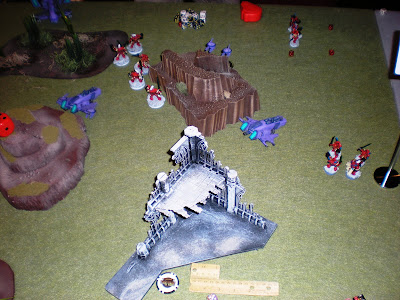 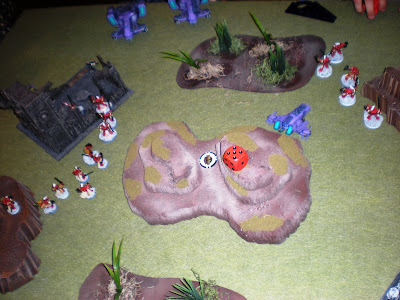 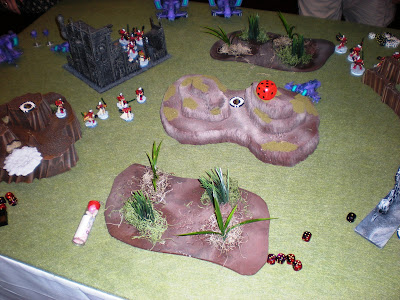 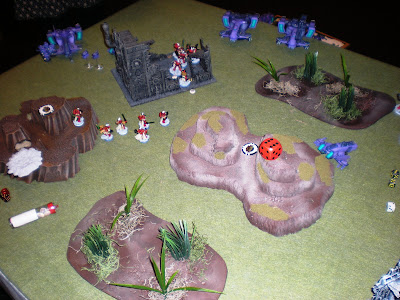 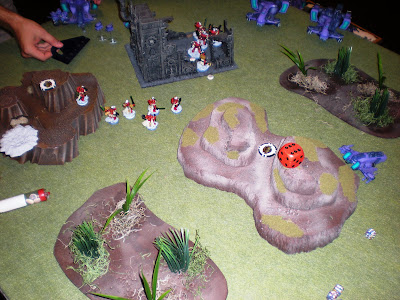 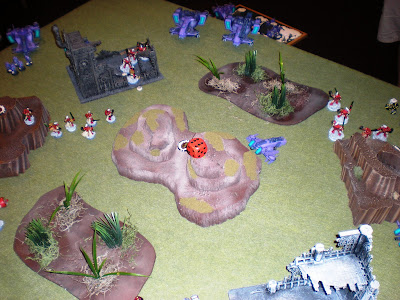 Toward the end I was a little bit worried, because he could use his tanks not only to tank shock me, but to contest the few objectives I have with his vehicles, but I am glad this did not occur to him and I ended up winning.
Posted by Blackmoor at 12:08 AM